Eaton and Smith are All-State

Well, this weekend at Eastern Illinois University for the Boys State Track & Field meet was one for the ages!  The Trojans qualified Nick Janicki in the shot put, Ben Eaton in the 3200m, and Zack Smith in the 1600m.  When we arrived on Thursday in Charleston to the dark gray skies and the cool temperatures; it really made it feel like cross country and we had some good vibes left over from the fall.

After our practice at the stadium we went over to Angelo’s Pizza in Mattoon for dinner.  Coach Coleman entertained the boys with his usual antics and Zack Smith exclaimed, “This is the best lasagna I have ever had!”

Friday had finally arrived and Nick Janicki was the first Trojan to compete.  Unfortunately, Nick had some troubles keeping the disc in the sector, and did not obtain a mark.  However, if he would have marked he would have made finals and had an all-state medal.  Nick, only a sophomore will be back and more determined than ever!!

Next up was Zack Smith in the 1600m prelims.  Zack was in the 3rd heat of three and was in the heat with Jack Keelen, the St. Ignatius senior who was the favorite to double in the 3200m and 1600m.  The 1st heat was fast and the top five times were all 4:15 or faster, then the second heat had 4 individuals who went 4:17 over faster.  So, in order to make finals Zack needed to run 4:17 to ensure that he would be one of the top 12 guys to qualify for the finals.  The race went out slow, only 65 thru the 400m mark, then Zack moved into the lead but did not press and they went thru the 800m at 2:12/3 (66/7 for the 2nd 400).  It wasn’t until the last quarter until Keelen came up to the front to kick home that the race started to move and Zack was able to fire off a 61 for his last 400m to finish in 3rd!  He was nipped at the line by Nolan McKenna the Junior from Wheaton Warrenville South, but Zack finished in 4:18.02.  Fortunately, this effort was just enough to get him the last spot in finals by 0.12.

With two guys running on Saturday we now  turned our attention to the Friday Night “Race at State” competition where we had Tony Zea, Ryan Clevenger, and Jack Diamond all competing in the 800m dash.  After warming up twice because of the huge number of competitors that night and sitting around in the sun all day watching the meet, they boys ran very well.  Tony Zea finished 2nd in the 800m with a time of 1:58.81 (splits 25.3 – 55.3 (30) – 30.8 - 32.3 = 1:58.81).  Ryan Clevenger and Jack Diamond were both in the 2nd fastest heat of the night and they both ran well, Clevenger ran 2:02.50 (winning the heat) and Diamond finished with a 2:05.76. So at 10:30pm we got these guys some dinner at Jimmy John’s and made our way back to the dorms.  Rumor has it that Coach Sipple will double in the Race at State next year in the 1600m and the 1k Steeple.

Saturday came and so did the rain.  Because of the rain the IHSA decided to keep the meet rolling and abandon the time schedule, the unfortunate result of this was that some kids did not make it to the check-in tent in time for their event.  So, Ben Eaton’s heat of the 3200m was about 30 minutes sooner than it was supposed to be, but that didn’t bother Ben at all.  As the race started Ben was able to position himself in the upper half of the pack and the race only went out in a 68 and then slowed and stayed at 70 second quarters till just before the mile.  In the first mile I was very happy to see Ben running next to Jack Keelen, because when Jack goes for it, Ben will be able to respond.  And respond Ben did!  The 5th quarter the pace was increased significantly and this broke open the field.  After the completion of this 400m only 9 guys remained in the packet and Ben was one of those guys.  Ben couldn’t quite hang on to the top group and found himself about 10 meters off the lead group.  Ben managed to finish up the remaining 1200m strongly and finish in 9th place with a time of 9:10.76.  This time is a new school record by 5 seconds and it is the fastest time ever needed to be All-State in the history of the IHSA 3200m!!  Absolutely an inspiring effort!  Awesome Job Ben!!

Then it was Zack’s turn in the 1600m finals.  The rolling schedule did impact the amount of rest time allotted for the guys doubling back from a blistering fast 3200m, it almost made the amount of rest equivalent to a normal meet.  Zack got out strong but so did the rest of the field and Zack being in the first position was closed in on at the break line.  So, Zack spent the first 400m in the back of the pack biding his time.  He tried to move up the second lap but did not get anywhere so he decided to tuck back in and ride the wave for another lap.  Then moving into the bell lap, the race started to string out and Zack began moving up.  He was able to move from 10th to 6th after the first turn and he just kept on moving up.  By the time he was at the 200m mark he was in 3rd and closing in on the leaders.  Keelen and Lee were able to find another gear over the final 125m and Smith was able to close it down to finish 3rd with a time of 4:14.49!  Awesome job Zack!  What a fun race to watch! 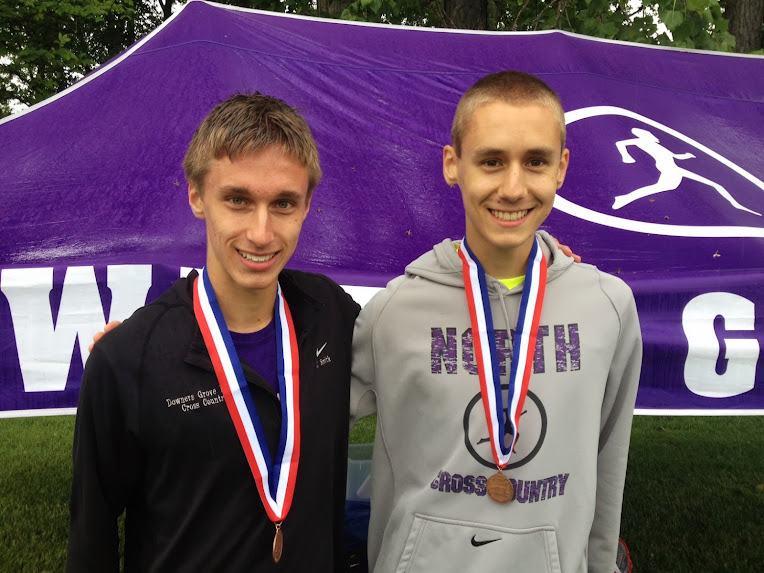 What a great weekend?  To top it off we finished 34th as a team with 8 points  and I am not sure we could have asked for a better result from Ben and Zack!  Nick you will be back and better than ever! 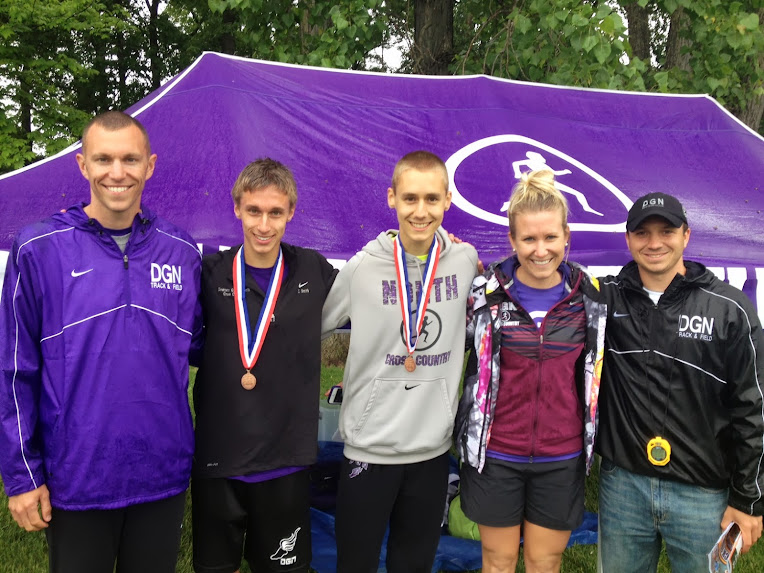