The J/V Men kicked off this Invite with some great race efforts and some very solid pack running!  What was the result?  A Team WIN!!  The J/V men managed to win the race with a total of 60pts which just out scored Deerfield with 63 pts.  Jacob Carter '12 lead the way with his 7th place finish but he was followed closely by Jack Ronan '11, Sam Ronan '11, Anthony Iacovetti '11, and Jack Michka '11, these top 5 managed a split of 36.6 seconds!!  Once again showing of the depth of our varsity squad. 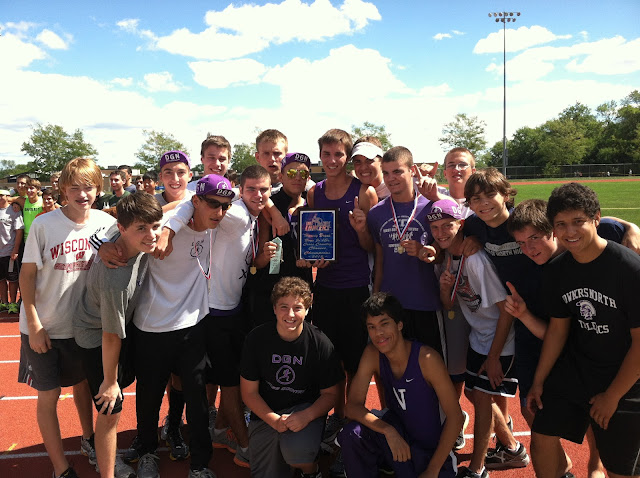 Next up on the docket was the Varsity boys.  The race was taken out really hard by the 3 runners from Belvidere North High High School, they are the top ranked 2A team in the state.  But our guys responded well and kept their composure to slowly move up throughout the race and managed an overall team finish of 5th place with a team score of 113, behind Plainfield East at 108, Lake Park at 76, Deerfield at 74, and Belvidere North at 61.

Then we had the opportunity to enjoy the F/S team cover the 2 mile course around the Lake Park campus.  Sophomore Joe Carter led the way with his 9th place finish and a time of 10:36, he covered the same course last year in 10:59.  One of our top freshman, Ryan Cantlin was able to break 12 and he was closely followed by Robby Prescott who was on the verge at 12:02.  Overall, the F/S team placed 11th in the 21 team field.

Also if you missed it Coach Kup had some fun with the Streamwod Team when he took over the ukulele and sang some songs.