“I think just our mindset coming into it was that we were going to have a good race,” Christensen said. “It’s a different week. Don’t forget about that (Oct. 18 Silver) race, but use it to kind of fuel us in this postseason. We came out and raced hard and everything seemed to go well. 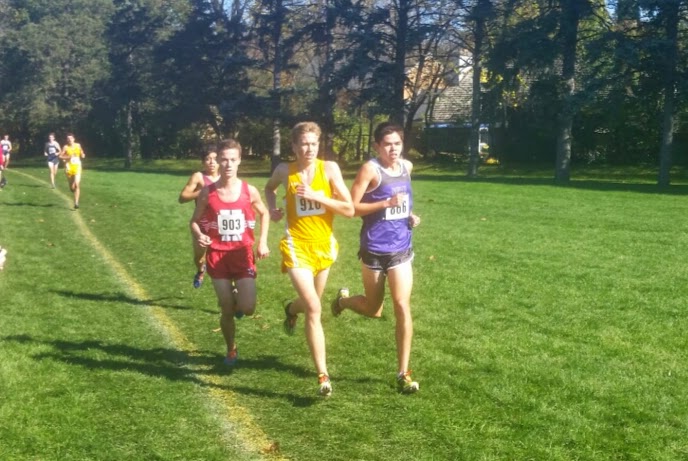 “It was definitely one of my better races this year.”

With senior regional champion Ryan Clevenger leading the way, the Trojans took a solid first step toward returning to the state meet as a team as they finished a strong second in the nine-team regional field at a warm and sunny Katherine Legge Memorial Park. 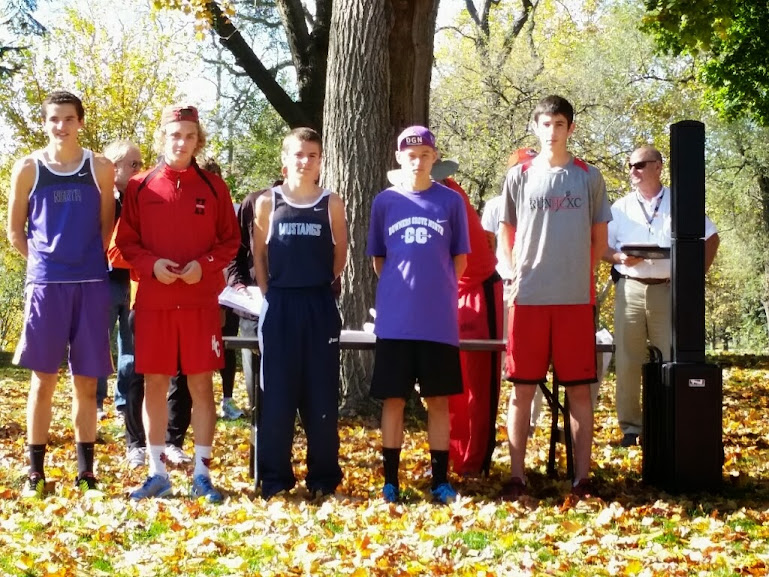 The Trojans (51 points) only were beaten by defending 3A state champion Hinsdale Central (43) with Lyons Township (59) and Downers Grove South (90) third and fourth. The Red Devils and LT kept some of their top runners out, but the Trojans also ran significantly better than their fifth-place Silver Meet finish behind four fellow state-ranked foes.

“Absolutely (regionals is) kind of swinging the momentum back in our favor,” Downers North coach John Sipple said. “We didn’t lay off at all from last week and we haven’t really laid off this week but just hoping to feel a little better today and get back on the horse, so to speak. It’s nice to get back in it and finish where we should have been and kind of give Hinsdale a little run for their money, even though they had a small issue during the race. (But) we’ve got to be there to pick up the pieces if something’s going to happen.”

The Trojans need a top-five finish at the Marist Sectional at 11 a.m. Saturday, Nov. 1, at Midlothian Meadows to qualify for state as a team. While Hinsdale Central has been rated No. 1 all season, the sectional also has the other top-four rated teams in Sandburg, Neuqua Valley and Lyons Township.

Downers North is the fifth-highest rated team among Marist Sectional teams, but Oswego and Plainfield South aren’t rated too far behind. At last year’s Hinsdale Central Sectional, the Trojans finished second on a slightly shorter KLM course to avoid a water-logged area, yet two of Saturday’s times for the full 3.0 miles actually were faster.

“Ultimately, my thought isn’t even about getting out. I want to compete with Neuqua and LT and those (higher-rated) teams,” Sipple said. “If we’re not competing with them, we don’t belong at the state meet. I’d like to beat a couple of those guys going into (state).”

For a moment, the Trojans thought they may have won their first regional title since 2000 over the Red Devils on a sixth-runner tiebreaker before re-examining the finish via a recording of the race.

“We weren’t really focused on a regional title because they kind of come and go. We have bigger things in mind,” Clevenger said. “It was a good performance today by everybody and it went well.” 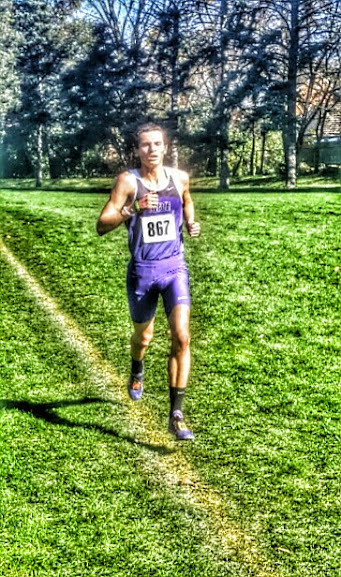 “I think the confidence boost here of running well is going to be a bigger thing than beating Hinsdale,” Christensen added. “That would have been great, of course, would have been awesome. But we’re mostly just here to gain our confidence back after our race at conference and I think we did that.”

As he had done in winning the Silver Meet, Clevenger dominated the regional race to win by 22.1 seconds over Hinsdale Central sophomore Blake Evertsen (2nd, 15:14.0).

“I feel like if (a record time) would be up there, it would have been like what are you doing? Why are you running so hard at the regional? I missed it but it’s not really what we’re here for, the course record,” Clevenger said.

“It’ll probably move past (14:50) and get faster. I didn’t really feel like putting that extra surge to get it. I just kept it calm and just brought it in.”

At the Silver Meet, Clevenger won by 14.33 seconds over York freshman Charlie Kern for 3.04 miles and 15.1 over the third-place Evertsen. Even with Saturday’s field minus several frontrunners, Clevenger took out the first mile in 4:44.

“I just do what I’m supposed to do and get the one point for my team (by finishing first),” Clevenger said. “(Missing runners) wouldn’t really affect me that much because I know I can beat them. I just went out there and ran my own race and did what I had to do.

“(A 4:44) was a little quicker than I thought, but whatever it took to break away, that’s what I went for. I didn’t really know the course record. But when it came down to it, it just wasn’t in the cards. The times for cross country don’t really matter that much. It’s all about placing for cross country, and track is about time. This is more about getting the (team) points.”

If Clevenger can continue this kind of success, it’s going to be a huge benefit for the Trojans’ team score as the amount of teams and talent continue to grow these next two weeks.

“Our team has some advantages that some of the other teams don’t. In a bigger meet, (Clevenger winning) means a lot more. In smaller meets like this, conference, his first place isn’t quite as big a value (in the team scoring),” Sipple said.

“And the way Alec got his nose up there (Saturday), then all of a sudden we have a 1 and 2 and the way Zac ran (as well). We can improve upon what we did today. That’s kind of the nice part and not tapered at all.”

The Trojans also appear to be building depth if anything happens to their usual top five. On Saturday, Sipple said Prescott had a solid race in his postseason debut.

“If Robby Prescott keeps moving up like he is, anything’s possible. Our guys are killing it,” Diamond said.

In his first postseason race, Danner earned a top-five regional medal after taking 14th at the Silver Meet. At the end, Danner held off a late surge by Hinsdale Central senior Josh Feldman (15:25.9) by .3 after finishing two places and 4.18 seconds behind Feldman at the Silver Meet.

“I was a bit nervous, but I get the jitters every race. I just wanted to get out there and just race my best,” said Danner, a state alternate in 2013.

“I did know that (McBrien and Brenk) weren’t going to running here and I did see that some of the guys from Lyons Township are not here. I’m just pretty pumped. We had a really good (team) race. I’m pretty pumped about that and to get all-regional.”

Compared to their times on the shorter KLM course at the 2013 Hinsdale Central Sectional, Christensen was about six seconds faster and Diamond about four seconds faster.

“I think I ran quite a bit faster on a longer (KLM) course,” Christensen said. “There’s not a ton of pressure here this week so it was a little bit more of an individual get your head right (race). Next week will be much more pressure wise so we’ll make sure we get everything well.”

“For sure, my legs are more underneath me this week,” Diamond said. “We’re starting those taper workouts. We’re going to start feeling really good, really fresh and really we’re just ready to take it to the sectional meet.’

“We’re just ready to take it to the sectional meet. We’ve been out on that course every weekend for the past few weeks and we’re really excited to get on Midlothian,’ Diamond said.

“Five guys in – that’s the main thing. We have to know who we’re chasing after and we have to go and get them. We’re going to throw the times out the window and be ready for anything. We’re going to chase some fast teams down.”